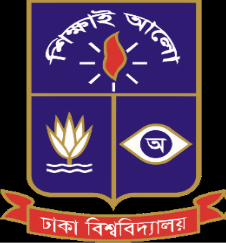 The University of Dhaka, also known as Dhaka University or simply DU, is the oldest university in modern Bangladesh. Established in 1921 during the British Raj, it has made significant contributions to the modern history of Bangladesh. After the Partition of India, it became the focal point of progressive and democratic movements in Pakistan. Its students and teachers played a central role in the rise of Bengali nationalism and the independence of Bangladesh.

Today, it is the largest public university in Bangladesh, with a student body of 33,000 and a faculty of 1,800. It was identified by AsiaWeek as one of the top 100 universities in Asia.