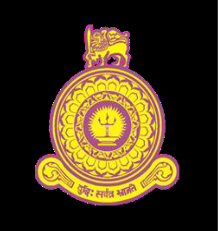 The University of Colombo (informally Colombo University or UoC) is a public research university located primarily in Colombo, Sri Lanka. The oldest institution of modern higher education in Sri Lanka, it is also the largest university in the island, specialised in the fields of natural, social, and applied sciences as well as mathematics, computer sciences, and law. It is ranked among the top 10 universities in South Asia.

The University of Colombo was founded in 1921 as University College Colombo, affiliated to the University of London. Degrees were issued to its students from 1923 onwards. The university traces its roots to 1870 when the Ceylon Medical School was established. UoC has produced notable alumni in the fields of science, law, economics, business, literature, and politics.

With a student population of over 11,000, the university is made up of seven faculties with 43 academic departments and eight other institutions. Most faculties offer both undergraduate and postgraduate degrees, with some offering courses for external students and distance-learning programs.