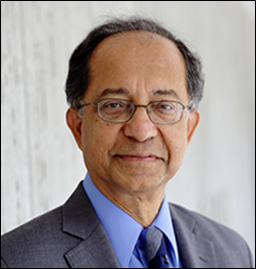 “It is time for nations to pool together their expertise and get civil society to interact and celebrate their inseparable histories and shared heritage. We must recognize that with our long and inevitably porous national boundaries, it is not possible for one region or country to surge ahead leaving others languishing, without giving rise to social and political strife.”

(Message to all participants at the Inaugural Meet at Delhi – 2004)

South Asia has some of the highest trained professionals – engineers, doctors, scientists and economists – and yet there is little structured interaction among them. Although the nations have inseparable histories and shared heritage, social and political strife in the region has created barriers between the people during the second half of the 20th century. It is time for nations to overcome their differences and pool their expertise and get civil society to interact to go forward as a region.

Against this background, a group of young minds studying for their undergraduate major degree in Economics along with Dr Deb Kusum Das and Dr Mihir Pandey, faculty with the Department of Economics at Ramjas College, University of Delhi, India conceived of a platform in the year 2003 where students studying for a major in Economics across South Asian colleges and universities could come together with other fellow students to foster intellectual bonding through a student conference and its various activities. Thus was born the concept of a student conference unique in its dedication to students studying for their first major degree in Economics. Ramjas College, University of Delhi, through the initiative and zeal shown by its principal, Dr Rajendra Prasad, provided the first platform for young students from various colleges and institutions from South Asian universities in 2004 in the form of South Asian Economics Students’ Meet (SAESM).

Today SAESM is a prestigious academic event in South Asia, eagerly awaited by students from different colleges and universities. It is a celebration of intellectual knowledge sharing amongst South Asia’s budding economists to engage in understanding of issues which act as barriers to making South Asia an integrated region of the world despite shared history, institutions, culture and language.